Kyiv (Ukrainian: Київ (Kyiv) ; Russian: Киев (Kiev)) is the capital and the largest city of Ukraine, located in the north central part of the country on the Dnipro River.

Kyiv is one of the biggest cities in Europe. It is a bustling capital of independent Ukraine, its administrative, economic, scientific, cultural and educational center. This scenic city with population of over 3 million people is located on the shores of the Dnipro River.

Kyiv is a city of invaluable historical and cultural monuments, a city of great events and outstanding people. Everyone will find there something especially interesting for himself. The art and architecture of Kyiv are considered world treasures. Many famous artists, poets and writers estimated the unique beauty of this city. The most renowned landmarks include: Cathedral of St. Sophia with outstanding mosaics and frescoes dating back to the 11th century; Kyjevo-Percherskaya Lavra featuring several monasteries and cathedrals; Golden Gate of Kyiv , which date back to 1037; Ukrainian Baroque Church of St. Andrew; the magnificent 19th-century Cathedral of St. Vladimir; and many other attractions. Kyiv is often referred to as "the mother of all cities" by Rus' . It is one of the oldest towns in Europe. In the historical center of Kyiv you can feel the spirit of the past everywhere.

Kyiv is distinguished for its rich cultural life. Theater lovers will find many theatres offering various theatrical programs. The recently renovated Kyiv Opera House presents very good opera as well as a broad repertoire of ballets. Ivan Franko Theater is a center of Ukrainian drama, comedy, and musicals. A lot of various exhibitions are carried out in the city's numerous museums and art galleries.

Kyiv is also a scientific and educational center of independent Ukraine. Various universities and science academies including famous Kyjevo- -Mogilyanskaya Academy, which is one of the first scientific establishments in Eastern Europe, are located there.

Being the largest city of Ukraine, Kyiv is a leading industrial and commercial center of the country. Kyiv's major industries include: food processing (especially processing of beet sugar),  manufacture of machinery, machine tools, rolling stock, chemicals, building materials, and textiles. The development of Ukrainian economy gave impulse to business activity of the city. There are a lot of new office centers, banks, trade exhibition centers and other commercial enterprises appearing in the city nowadays.

Take a walk through the ancient streets of this scenic city, feel its unique beauty and the spirit of its past. For sure your stay in Kyiv will become one of your most memorable experiences. 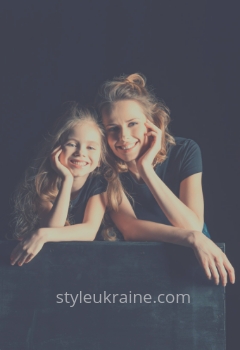